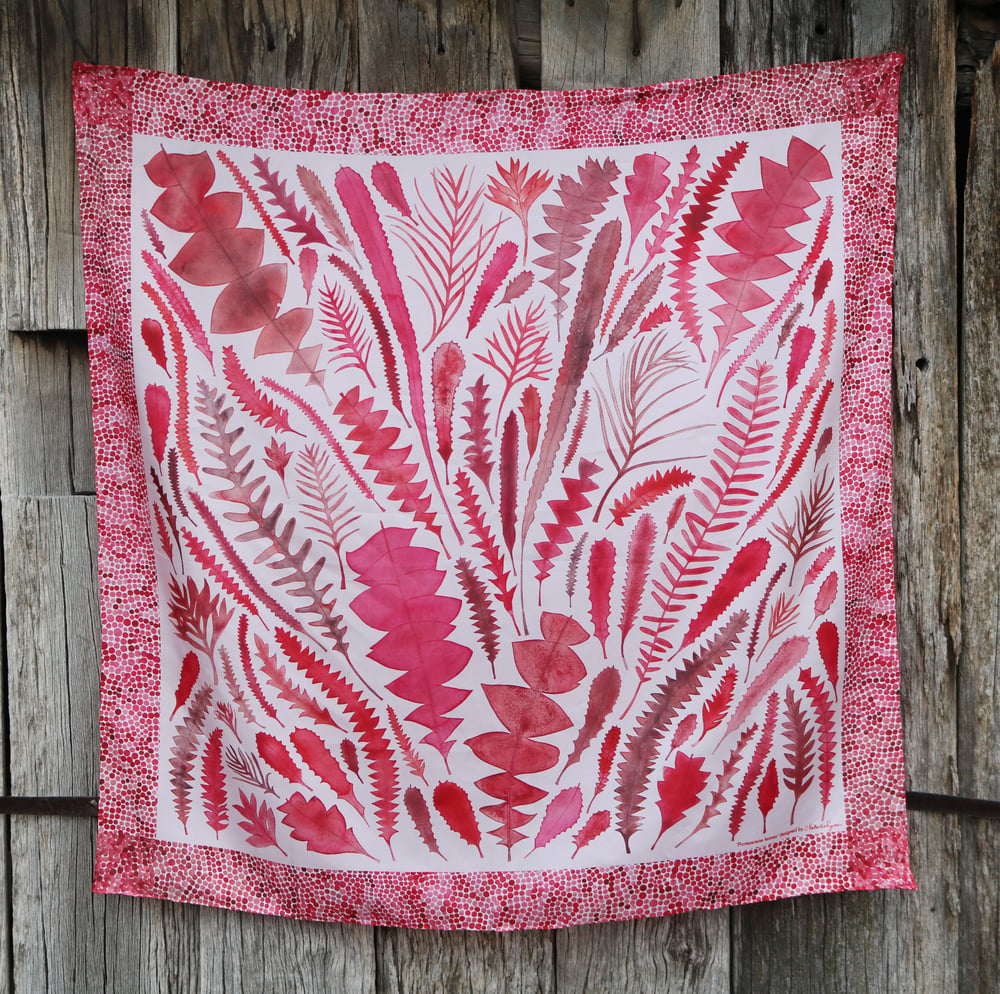 In 1770, the artist Sydney Parkinson reached the eastern coast of New Holland on the HM Bark 'Endeavour' under Lieutenant James Cook, accompanied by botanists Joseph Banks and Daniel Solander. Landing at Botany Bay, the group found a variety of flowering plants and trees that were later named by Carl Linnaeus the younger in honour of Joseph Banks and his friend Charles Greville.

Sydney Parkinson sketched the plants the explorers found and collected on the voyage, producing over 900 drawings/sketches and paintings before his untimely death on route to Cape Town on the return journey. Parkinson's botanical drawings formed the basis of Joseph Banks' Florilegium: Botanical Treasures from Cook's First Voyage.

This scarf features a variety of Banksia and Grevillea leaf shapes, painted in earthy tones of watercolour on a soft blush pink base. The border design was inspired by the spotted reverse of Banksia blechnifolia leaves.